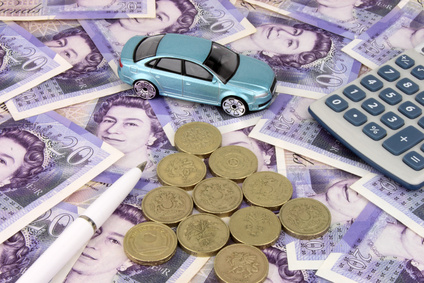 It appears that the Financial Conduct Authority have turned their attention towards the multitude of logbook lending companies who operate within the UK. Consumer credit has never been as high profile as it is today and the practices of these lenders appear to be less than savoury.

In recent times, a large number of lending companies have sprung up all over the UK and they usually promise to lend money in return for the ownership papers/logbook from the individuals who borrow from them. On the surface, this arrangement seems to suit both parties, particularly when the borrower has a poor credit rating. Times are hard right now and the opportunity to get easy cash in return for a 4 wheeled security bond has appealed to millions across the UK. Unfortunately the lenders do not always follow best practices and they have been known to offer cash deals to vulnerable citizens. The problems tend to appear when the borrower is unable to meet the terms set out by the logbook loan company. And this is where the FCA has started to take a real interest in the seemingly low standards that these organisations operate under.

It may come as a shock to those unfamiliar with logbook loans that some of these ‘deals’ attract interest rates of over 400%. It is little wonder that the individuals who are already in financial difficulty struggle to honour these agreements. But the FCA is more concerned about the way that logbook lenders treat their customers once the relationship begins to sour. Instead of offering a way around the repayment dilemma, some of these forms use threatening behaviour to extract their premiums. This is definitely the last thing that any responsible lender should be considering, but apparently, these rules do not apply to some. So the FCA has decided that any logbook lenders who wish to continue in their current line of work must step up to the plate and raise their operating standards dramatically. There are a number of activities that logbook lenders will need to cease employing if they are to achieve recognition from the FCA in the future. The FCA believes that some logbook lenders are preying on individuals who literally have nowhere else to turn. These people should be looking for debt management programs instead of being encouraged to take out even more borrowing at sky high interest rates.

Does any of this sound familiar to you? Because if you are currently struggling to make ends meet and are seriously thinking about a logbook loan, please think again. By adding to your current debt problems, you will only increase the chances of money troubles in the not too distant future. We have experts ready to take your call right now and we can tailor a debt management plan just for you. We have been doing this since 2004 and we are a family based business who really care about our clients. So please stop worrying, forget about applying for that logbook loan and make the first steps towards a debt free future by calling Dissolve Debt today.