Time to tackle your debts

A recent survey has uncovered a rather worrying trend that shows that many families are de-prioritising their debts, and this looks very bad for the future. The costs of food and energy bills are starting to take the financial control away from the general public and the lending figures are beginning to shoot through the roof.

This survey was carried out by the Money Charity, and they revealed that the average UK household had debts of £54,576. This was including mortgages and the unsecured debt amount stacked up at £6,087. In past years, the amount of outstanding debt had fallen between the months of December and January. However, this was not the case in 2014.

Some families and individuals are not taking their own personal finances seriously enough and it seems that the simple act of constructing a feasible budget seems to be beyond many families around the UK. It is just a matter of curtailing your outgoings until they match your monthly income, how hard can it really be?

A typical family will have a number of different debts that could be made up from bank loans, credit cards, overdrafts and perhaps a few store cards. Perhaps transferring these over to a zero percent balance transfer card could be one option? It is a situation where a little planning and a lot of self-discipline can work wonders, but it will take time.

Bank charges can be a real killer and this is certainly the case where late payments are concerned. The problem arises when these bank charges start to add up and the affected individual ends up in unauthorised overdraft territory. These attract further charges and the vicious spiral never seems to end. A bounced cheque can cost between £30 and £40 and that could be for a cheque as small as £20. Surely the banks must have some duty of care to their customers instead of piling on the misery by way of charges on top of charges?

Thinkmoney’s Ian Williams was of the opinion that when an individual is forced into an unauthorised overdraft, they start to lose financial control. And this scenario will often attract a daily charge that can continue until the affected account is back in black once more. This cycle is not only deeply frustrating but can rack up hundreds, even thousands of pounds over a one year period. Speaking to the bank is the only way to remove some of these extravagant charges that create such a plethora of knock on problems. Perhaps an authorised overdraft could help to relieve the pressure, but this should only be used as a short term measure.

Can you see any of your own issues within this report? If that is the case, please call Dissolve Debt right away. We have a team of dedicated experts who are ready and waiting to take your call right now. We can tailor a plan to suit your particular needs and we have been doing this since 2004. We are a family run business and really want to help you get back on the road to debt recovery now!

Is your personal debt affecting your children? 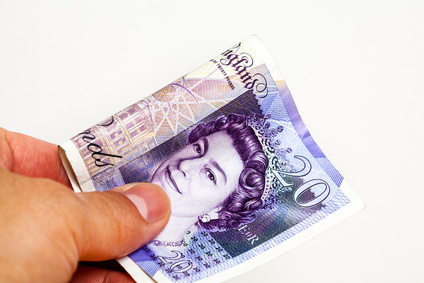