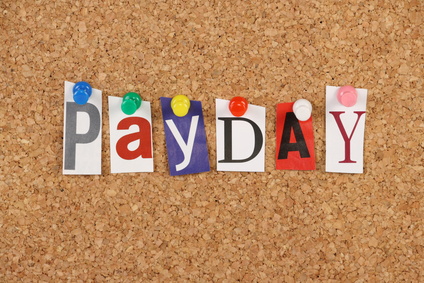 Last month, the Chancellor of the Exchequer George Osborne announced that the payday loan industry in the UK is facing major reform. As of April 2014, the Financial Conduct Authority will take over from the Office of Fair Trading as regulator of consumer credit. Martin Wheatley, the FCA’s chief executive, has warned payday lenders that he will expect them to make major changes to the way they do business.

Following on from new regulations introduced in Australia last year, there will be new rules introduced to protect customers from unfair charges and astronomical interest rates. Before a payday loan will be given out, providers will be expected to run mandatory affordability checks. While not as stringent as the credit checks carried out for major credit cards, these affordability checks will ensure that no customer will be able to take out a loan that they clearly cannot afford. Customers will only be able to extend loans twice, and lenders will only be able to make two attempts to take money out of a customer’s account using a CPA (continuous payment authority).

The FCA also warns that it is seriously considering putting a cap on the interest rates payday loan providers can charge. Australia has put a cap on interest rates at just 4% with a maximum upfront charge of. If the UK is to follow suit, this will make a huge difference to the industry, considering some providers are currently charging in excess of 5000% APR. Some lenders may even be forced to reimburse customers, and any that are found to be in violation of the new rules face being shut down without warning.

While the new rules have mostly been welcomed by consumer groups, others worry that a cap on interest rates as low as 4% could stifle the industry. While not an ideal form of credit, payday loans do stop people in desperate financial situations from turning to unregulated or illegal loans. If lenders are unable to make a profit, they may be forced to discontinue business.

At the moment, the question of whether or not there will be a cap on interest rates for payday loans has not yet been decided. What is clear is that from 2014 customers in the UK will be dealing with a far more highly regulated and safer industry than ever before. If they do need to take out a payday loan, they can be sure that it won’t cost them the earth. Most importantly, if a customer has to extend a loan, the lender will now be legally obliged to provide them with debt advice.

If you feel your debts are becoming unmanageable, a professional debt advisor could help you find an affordable solution that avoids bankruptcy. Dissolve Debt offer impartial advice on a wide range of solutions including Trust Deeds, IVAs, debt restructuring, debt management, and mortgages. Take control of your debts with their online income and expenditure calculator which will help you figure out exactly how long it will take you to pay off your debts at your current rate.

Reducing the presence of payday loans

One of the problems people have with debt is that once you're in it, it can… Read more »